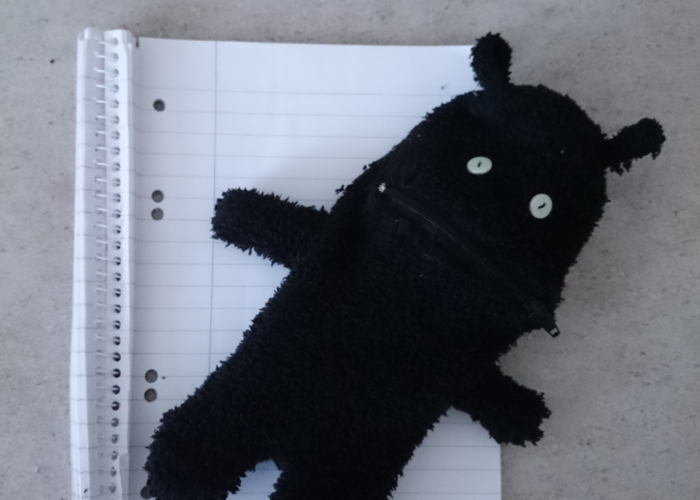 Sooo, about two weeks ago, I was scrolling down my dash on tumblr and then I saw this: 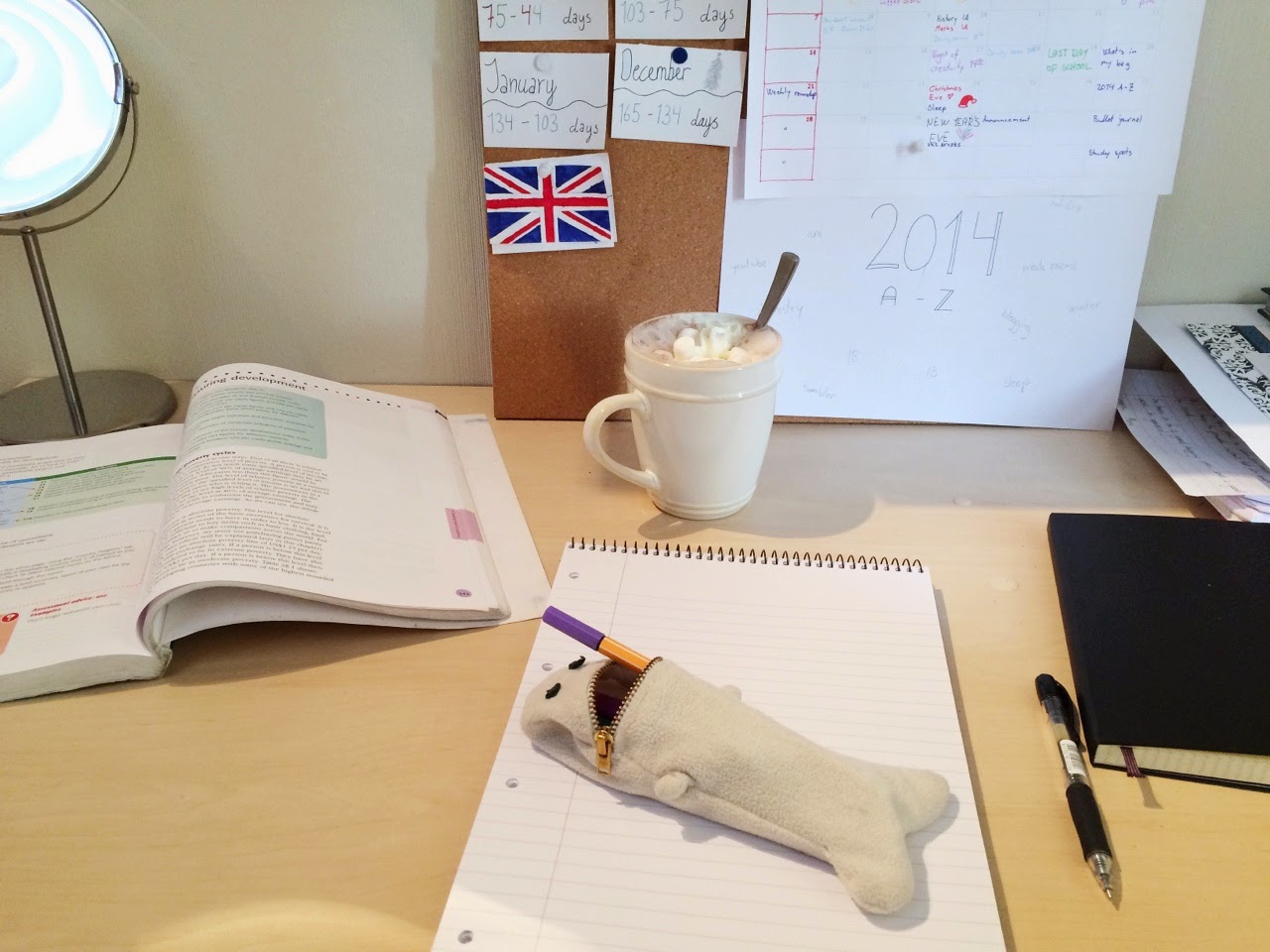 And then, I wanted this pencil case. Lucky me, the girl answered a question on where she got it here. And even luckier me, she DIY’d it! It’s an idea from LaurDIY, an awesome youtube channel (check it out here). When I saw the pencil case video, I fell in love. This is sooo cute! (Actually, I don’t know if the flu affected my brain because I’m freaking out on a damn pencil case… But it’s so cute!)

Enough words, I really wanted to do this pencil case, but I didn’t have any white fabric lying around. Dammit. I had a single black fuzzy sock, though. I wore that only once and then the other one got missing and ever since then, that single sock was going on my nerves. It had to vanish. Or be turned into a pencil case.

On Saturday night, when I was finally recovering from the flu, I made that pencil case. Unfortunately, it was already around 1 am, so the lighting was REALLY bad and the pictures I took are crappy.

So basically, I decided to post Laur’s video instead of my own pictures… Here you go:

So much for the original pencil case. If you have any socks lying around that you want to use, here are the sock case instructions: 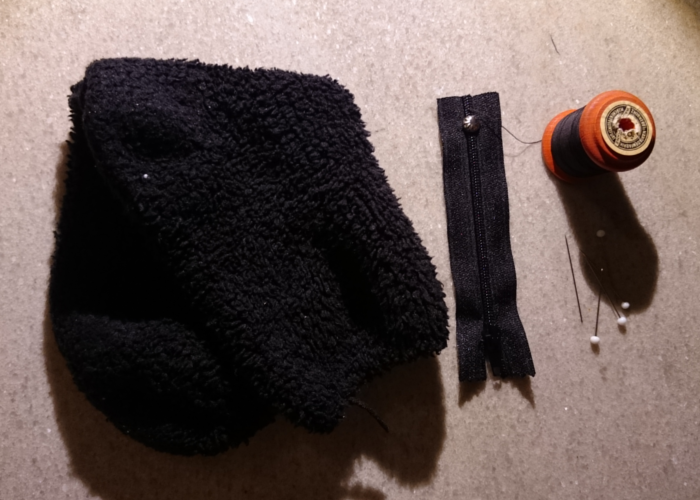 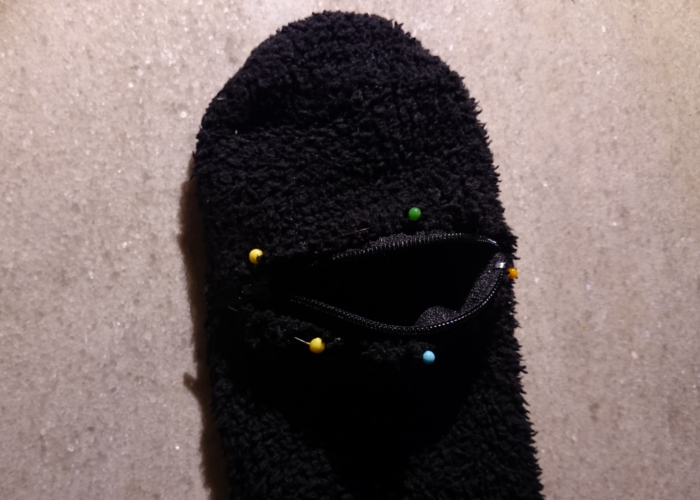 Turn your sock inside out. Place it in front of you so that the heel is downwards. 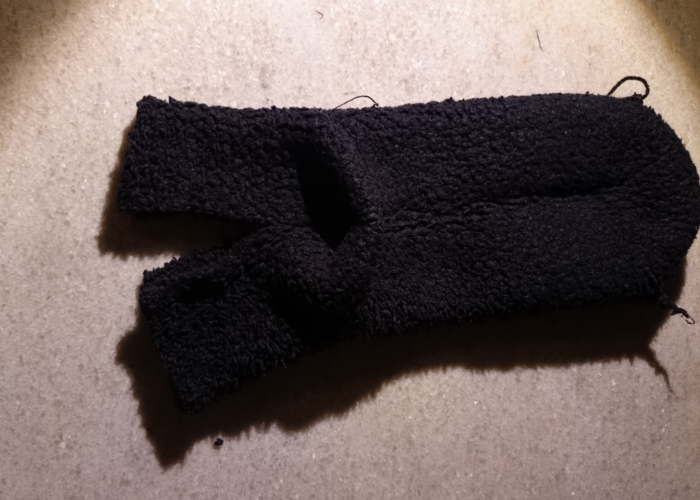 Now cut a hole for the mouth/zipper near the toes. Then, at the open end, cut a few centimeters into the fabric so that the sock looks like a fish. (I know, the heel is upwards on the picture. ignore that.)

Open the zipper and sew it in. Sew around the “flippers”, too. Then use the zipper hole to turn the whole thing outside out again.

Now take the piece you cut off at the beginning. Use it to sew little hands and ears to your pencil case.

For the eyes, sew two little buttons on or glue jiggly eyes on. 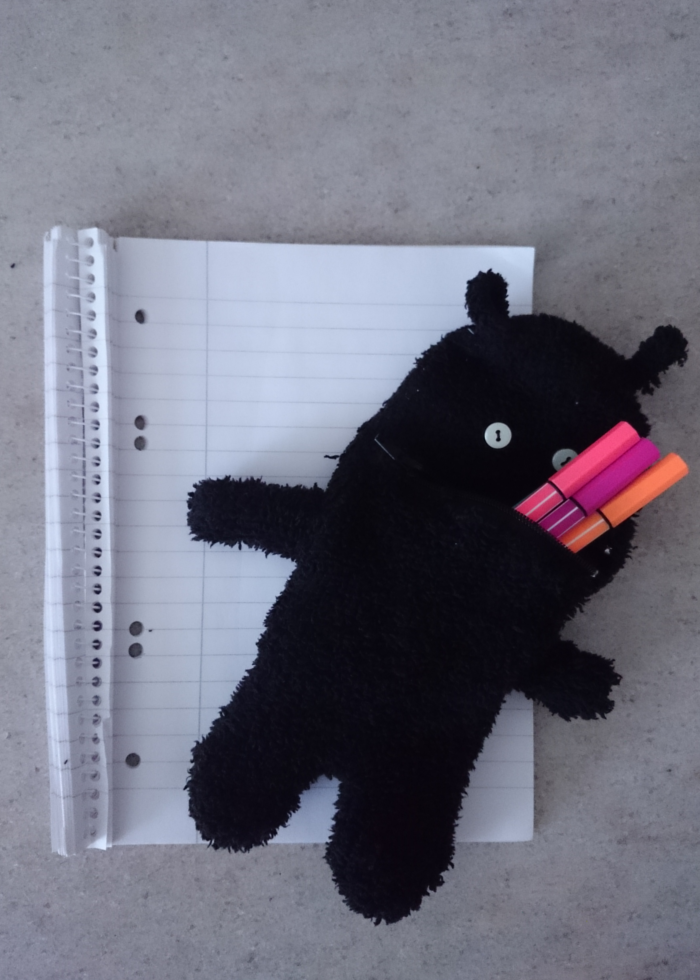 That’s it! Isn’t it adorable? 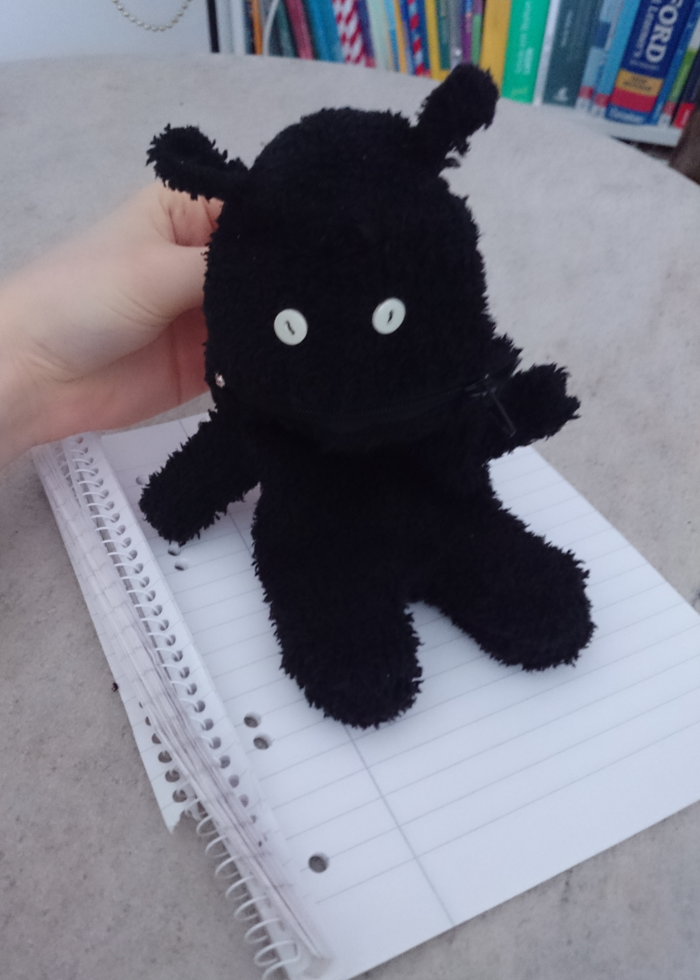 Ok, enough of that babbling about cute pencil cases now.

Have you heard of LaurDIY before? And what do you think about my monster pencil case? Let me know in the comments below!